Last time out we finished up the 1990s with lots of regret about trying to be cool and not enough baseball, but as we enter into the 2000s you’ll see that would not be the case for a long time after.

2001: This was the time that I decided to do more of the things that made me happy when I was younger and less of everything else dumb. I bought a Koosh frisbee, played catch with a baseball glove, I went to wrestling and I watched baseball. Then I moved to Seattle.

I was very much a believer of the “fresh start” and I saw Seattle as the place I would spend the rest of my life. I went to a Seahawks game almost immediately after moving there and decided that the Seattle sports teams would be my teams from now on, but I hadn’t yet been to a Mariners game. Then one day while working as a door-to-door salesman (no, really), a customer turned me down for the sale but offered me two tickets to that night’s Mariners game.

(Total shot in the dark, but I’m pretty sure it was this game.) 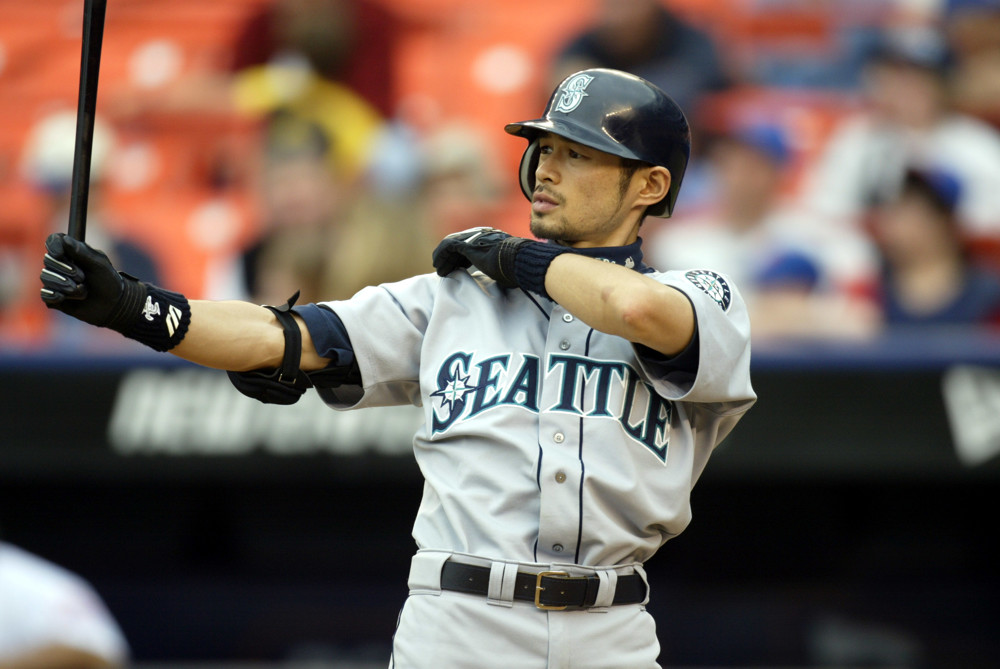 Ichiro? Who was Ichiro? I wanted to know everything I possibly could about Ichiro. Edgar Marinez was there too! And still awesome! This team was going to tie the record for all-time wins in a season and win the World Series. I couldn’t believe I moved to my new home at the same time as all of this was happening.

2002: The year I went all-in on the Mariners. I watched a ton of games this year. I know I went to one of the games against the Texas Rangers because I remember fans throwing Monopoly money on the field every time he batted. I know I went to this game on April 27th because I also went to Key Arena that day and saw this terrible Sonics loss. I remember this walk-off walk. Most of all, I remember going to one of the earliest games of the season and sitting near an old Japanese man in the right field bleachers who just yelled “I-CHI-RO!” over and over in a deep, booming voice. He remains my spirit animal.

While I was becoming a much better baseball fan, I was still a shitty boyfriend and my girlfriend and I broke up that fall. I didn’t really know what to do. I didn’t have a great job or any family money. All of my friends were through her and I decided to go back to Alabama. I said I’d be back and I still believe I will someday, but my days of going to Safeco Field ended that fall. Funnily enough, the Mariners fell out of playoff contention just as I left and they haven’t been back ever since.

2003: The year of Moneyball and my discovery of Baseball Prospectus led me to becoming a whole new kind of fan. Throw in the great U.S.S. Mariner blog that kept me close to the team and I did far more reading about baseball than actually watching it. This mostly had to do with geography. I did play a lot of MVP Baseball though.

I seem to remember trying to practice a knuckleball around this time. I bite my nails so they didn’t really work out.

2004: More of the same from last year. There was definitely some Yankees-Red Sox fatigue around this time and the Mariners weren’t great anymore. I do remember watching the Braves a lot at this time, but that was just for background noise while I played online poker.

2005: I finally returned to Wisconsin in time to see the White Sox win the World Series. It was cool, I guess.

Somewhere between 2004-2006 I went to a Cubs game at Wrigley Field when (I think) Greg Maddux pitched. I ate way too many hot dogs and there was a rain delay. That’s all I got.

2006: Why is this period of time so hard to remember? I wrote the 1990s like they were yesterday and ten years ago is a blur.

The only thing I remember about this season is that I finally got to see the Mariners live again. This time at US Cellular/Comiskey Park. They were up 7-2 against the White Sox when a rain delay happened. We ended up leaving because the rain was so bad and by the time I got home, they lost. Classic Mariners.

WAIT! This is also the year I made my Miller Park debut. I watched Alfonso Soriano hit two homeruns against them and then watched my friend drive home wayyyyy too drunk to drive. Not good times.

Then I moved to Hawaii.

2007: A big year for me. First, I went to a Brewers game where Rickie Weeks hit two homeruns that officially hooked me. I remember buying a sausage race shirt because I didn’t want to wear a Brewers shirt and thus betray my team, the Mariners. Silly boy.

My biggest memory of this one is this kid that sat by my friend Emily and I. He didn’t know what the hell was going on, but he was into it. We gave him our cheese fries in a helmet for a souvenir, but there were still some fries left. A couple of innings later he went to the bathroom and we started eating them again. They came back and… busted. So awkward. We ended up telling some employees that this kid was a big fan and he deserved some stuff. They came back towards the end of the game and gave him SO MUCH STUFF. Bobbleheads, balls, t-shirts. It was ridiculous.

The second big thing to happen this year is that I had a son, Nolan. Was he named after Nolan Ryan? Not exactly, but when it comes down to a name you hate and a name that is the same as one of the greatest pitchers of all-time: You fight for the baseball one.